I have just got back from the Crescent owners community meeting. A small meeting of residents of the Crescent building in an English seaside town my family’s apartment is in. Dad said I should come along and take interest in the local area at home. I was less than enthused let me tell you, I had an exciting night of movie watching and ice cream eating ahead of me and he was taking it away from me. But I went along, more out of intrigue than anything else, oh and he promised me a pint in the hotel it was being held in after.

The turnout was apparently the biggest yet, with 23 residents in a small meeting room. The main order of the day was discussing what the council was doing with the derelict building across the garden from the crescent building (the crescent consists of two buildings shaped like a crescent each with a number of privately owned apartments in, with a shared oval garden in front). Rumours had surfaced that they were thinking of selling off the public land and walkway surrounding it to make it a more enticing purchase for a private buyer. This did not go down well, the residents complained this was a daily place they walked their dogs, headed down to the beach and the trees were hundreds of years old and should not have the chance of being cut down for future buildings. All valid excuses, a historical and cultural part of the town that should be looked after.

Discussions went on to discuss the antisocial behaviour of drunks in the garden, leaving glass bottles and sleeping rough, of the still unfixed potholes, litter being left in the garden from a local language school and the need to repaint the very intricate Victorian railings surrounding the garden.

I thought I would be bored senseless but I found myself pulled into the meeting and wondering just what I could do to help in the few weeks I am back in England. At first sight, this isn’t really volunteering, but a bunch of elderly or middle aged residents complaining about the ‘outsiders’ who were using the area surrounding their homes to litter, drink and be a general nuisance or to complain about what little the council were doing for the area.

However, I found the residents to be very reasonable and thought well if everybody took this much pride, time and care into the area surrounding their home wouldn’t our country be a much better place? If everyone cared about the litter outside the house, the drunk kids shouting in the streets in the early hours of the morning, the chance of an old park being chopped down and turned into a car park or office buildings would we live in a happier, friendlier, caring country?

Is THIS the Big Society we all wonder about in action?

Maybe it is maybe it isn’t. Either way, I urge you all to think about the area your home is in and think just what YOU could do to improve it? Spend a Sunday afternoon painting that shabby old park bench or clearing up the litter on your pavement? Or perhaps reporting drunk people to the police to be helped and supported on to better things?

Whatever it is a small amount of action by all of us can make big changes! Volunteering is everywhere! How to choose the right volunteering opportunity with migrants and refugees in 2018. 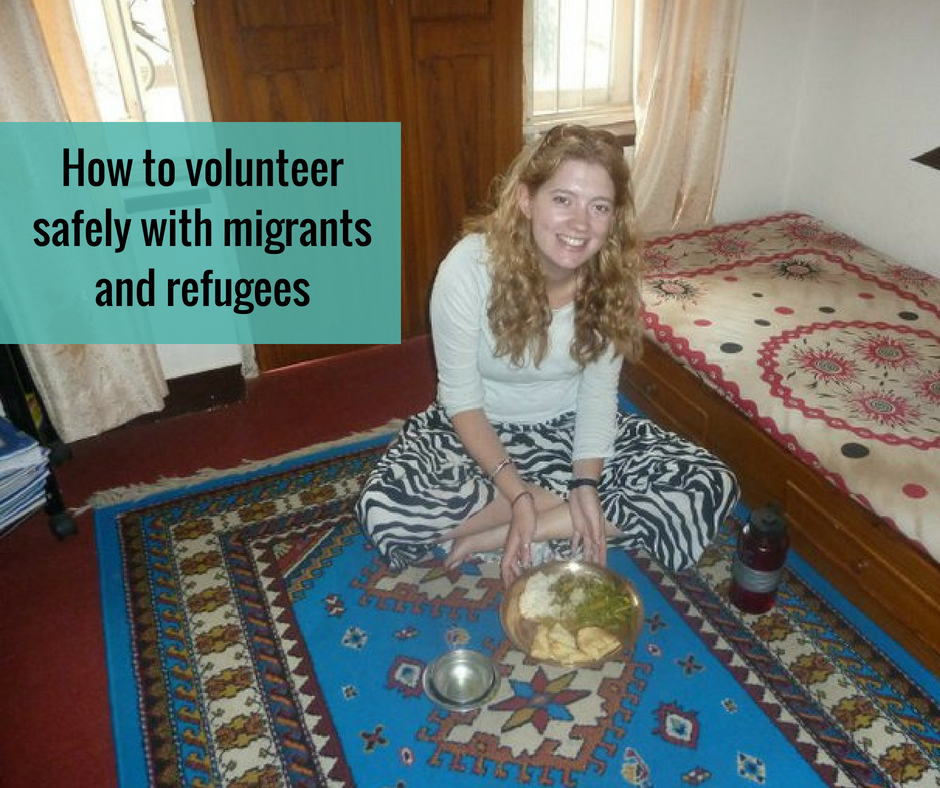 How to volunteer safely with migrants and refugees